The federal designation of a Hispanic Serving Institution (HSI) is an enrollment-driven classification for two-year or four-year not-for-profit institutions of higher education with a minimum 25 percent Hispanic/Latinx undergraduate student population.

The mission of the Chicana/o Studies Institute (CSI) is based in the historic document El Plan de Santa Barbara. El Plan emphasizes the importance of representation and transformation of Chicana/o populations, valuing collective knowledge within institutions of higher learning.

CSI’s goals are to investigate the experiences of Chicana/o-Latina/o populations at local, national and transnational levels and to inform policy through an intersectional and social justice lens.

CSI seeks to address these goals through fostering a research culture based in expanded and non-traditional approaches including those that are critical and collaborative. Congruent with our Hispanic Serving Institution (HSI) status, CSI scholars at all levels of development and students from all disciplines pursue work with policy makers, fellow researchers, educators, service providers and the public to better understand the most pressing issues impacting Chicana/o and Latina/o populations.

The University of California, Santa Barbara created the Center for Chicano Studies in 1969 as a response to student, community and faculty demands for social justice in higher education.  A conference largely organized by students was held at the dorms then known as Francisco Torres and now as Santa Catalina. Out of that conference came El Plan de Santa Bárbara, which provided a call for an institutional intervention at colleges and universities. At UCSB, these were realized as the Department of Chicana/o Studies to provide a curriculum, Chicana/o EOP to serve the non-academic needs of Chicana/o, Latina/o students, La Coleccion Tloque Nahuaque as an archive for Chicana/o/x cultural production, and the Center for Chicano Studies. The Center was intended to support faculty research relevant to Chicana/o/x, Latina/o/x and Indigenous populations and to serve as a means to connect the needs of off-campus communities to the resources and expertise of the campus.

To fit into the UC system, the Center was created as an Organized Research Unit (ORU), meaning that it relied on an infrastructure developed primarily to support research funding at the University. Together with the Chicano Research Center at UCLA, it was one of only two ORU’s in the University of California system devoted to such goals. At UCSB, the Center, the Coleccion, the Department and EOP were intended to function as partners serving Chicana/o/x, Latina/o/x and Indigenous faculty and student scholarship.

At first, the Center was run by Acting Directors, charged with building networks and initiating its mission. (Fernando de Necochea, Luis Leal). The Center took on an international character with the appointment of its first permanent director, Juan Vicente-Palerm (Anthropology) who served from 1984 to 1994. Palerm’s tenure witnessed the development of bi-national programs with Mexico such as an exchange with the University of Queretaro, the study of transnational rural communities, interdisciplinary workgroups on Latina/o working poor, and, together with the Department of Chicano Studies, the establishment of the Luis Leal Endowed Chair in Chicano Studies (1993). The endowed chair was named after Luis Leal, Professor Emeritus from the University of Illinois, who worked brilliantly and tirelessly on scholarship about Chicana/o/x, Latina/o/x literature and for the academic community.

In 1994 a group of students and community activists waged a hunger strike to secure an agreement from the administration to reaffirm their commitment to Chicano Studies at UCSB in the form of enrollments that reflected the state demographics, increasing the number of faculty in the Department of Chicana/o Studies and forming a doctoral program in Chicana/o Studies. Denise Segura (Sociology) served as Acting Director after the completion of the Hunger Strike and was appointed Director in 1997. She implemented terms of the strike, which included an augmentation of resources for both the Department of Chicana and Chicano Studies and the Center, including an annual Visiting Research Scholar, an Undergraduate Research Internship Program, and release time for one quarter for a junior faculty member in Chicano Studies.

During Segura’s tenure the Center collaborated with X and Y to form the Isla Vista Research Project that trained two graduate students and a dozen undergraduates in survey research for two years, resulting in the report, “Latinos in Isla Vista.” Segura oversaw the move of the Center from the “temporary” Building 406 (now El Centro de Arnulfo Casillas) to its present location in South Hall. During this time, the Center supported the establishment of a new Spanish language literary journal, Ventana Abierta, edited by Luis Leal (Chicano Studies), Victor Fuentes (Spanish and Portuguese) and Francisco Lomeli (CHST and Spanish & Portuguese). In 2000, Carl Gutiérrez-Jones (English) was named Acting Director, leading to a round of successful grant proposals (Kellogg Foundation, Rockefeller Foundation).

Until 2000, very few Chicana/o studies scholars had been recruited by departments other than Chicana and Chicano Studies, so Directors Segura and Gutiérrez-Jones, together with the Advisory Committee, successfully lobbied for a national search to hire a senior scholar in Chicano Studies. This initiative led to the hiring of Director Carlos Morton (2002-2005), a senior specialist in Theatre and Dance. In 2005, Gutiérrez-Jones was appointed Director and recognized that the number of faculty pursuing research aligned with the Center had increased substantially, along with the number of students being served. Gutierrez-Jones led the successful effort to transform the Center into an Institute of much broader scope. Near the end of his tenure, he named Professor Laura Romo (Education) as the first CSI Associate Director.

The move to Institute status did foster early success as affiliated faculty members Laura Romo and Gerardo Aldana each received large extramural grants – Romo from the NIH for X over Y years and Aldana from the NSF (with co-PIs from Computer Science) for W over Z years. Romo was named director of the Chicano Studies Institute in 2010 and expanded collaborations with Gevirtz Graduate School of Education faculty. Under her tenure, research support expanded through faculty and graduate student seed grants, and new HSI projects were initiated. The CSI now looks to build on this rich legacy to serve the social justice needs of U.S. Latinx and Latin American communities. 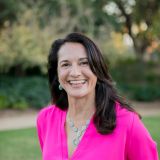 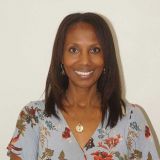