It is estimated that approximately 1 million Lesbian, Gay, Bisexual, Transgender, and Queer (LGBTQ) Latinx immigrants reside in the U.S., of which 25% do not hold documentation to reside and/or work (Garcia, 2013). Thus, LGBTQ immigrants potentially face serious challenges accessing work and earning a living wage. For example, Latinx immigrants earn approximately 37% less than workers born in the U.S. across the top 100 metro areas in the country (Enchautegui, 2012). A national report of the Women’s Policy Institute found that few Latina immigrants, regardless of citizenship status, received public benefits like income assistance or food stamps (Hess, Henrici, & Williams, 2011). These data demonstrate socio-economic barriers to many Latinx immigrants’ quality of life, which is likely more intense for recent LGBT immigrants who face an onslaught of stigma and discrimination related to “The Trump Effect.” In fact, research shows an increase in hate crimes and White terrorism under the current presidential administration, including a cultural shift in the acceptance of bias toward social groups targeted by the president’s policies and initiatives (Candell, Miller & White, 2018). The overarching goal of the present study is to gather data on the social and behavioral health needs of LGBTQ Latinx immigrants, a community that faces disparate discriminatory treatment at the intersection of race, sexual orientation, gender identity and immigration. Findings from the proposed study hold the potential to inform health policy and practice to better serve these communities. The process of forced migration as a result of oppression and persecution based on sexual orientation is known as sexual migration. Toro-Alfonso, Ortiz, and Lugo (2012) found that sexual migration among 23 gay and bisexual men who migrated to Puerto Rico from the Dominican Republic was associated with the expectation of an improved quality of life, increased work opportunities, and freedom to express one’s sexual orientation. Among transgender Latina immigrants in the U.S., migration was linked to fleeing conditions where they were routinely denied access to academic and work opportunities and faced a general lack of protection from their communities and law enforcement when they faced real and threatened verbal, physical and sexual assault (Cerezo, Morales, Quintero, & Rothman, 2014; Quintero, Cerezo, Morales, & Rothman, 2015). More data are needed that illuminate the unique, intersectional challenges faced by recent immigrants who are LGBTQ and arriving to the US from Latin America. Furthermore, strengths-based factors are also important to assess. There is a significant dearth in available data that highlight how historically marginalized communities garner individual and community resilience in the face of extreme hardship. In the present study we are principally interested in exploring the protective roles of social support, psychological grit, and other survival skills (Aretakis, 2015; Barion, Lyons, & Lucke, 2017; Breslow et al., 2015). The current study addresses a critical gap in the psychology literature by casting light on the psychological, social, and health related factors framing the lives of a community sample of LGBTQ Latinx immigrants. It is critical at this time to produce high quality, contemporary research that will directly inform services and policy for this diverse community, as current mental health policies and practices are ill informed or outdated. We specifically want to understand how acculturation, stigma and discrimination, and access to critical supports (i.e. healthcare) are associated with social and health outcomes. Furthermore, a comparative A. Cerezo (UCSB) & F. Estrada (Loyola Marymount University) **This is a collaborative project with an LMU colleague. examination is sought between LGBTQ immigrants who recently migrated and those who left their country five or more years ago as a way to understand the unique role of current sociopolitical sentiment and policy on the variables of interest.

The present study comprises the first wave of data collection from a larger mixed methods project. In this first wave, we will examine the following questions: 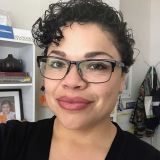